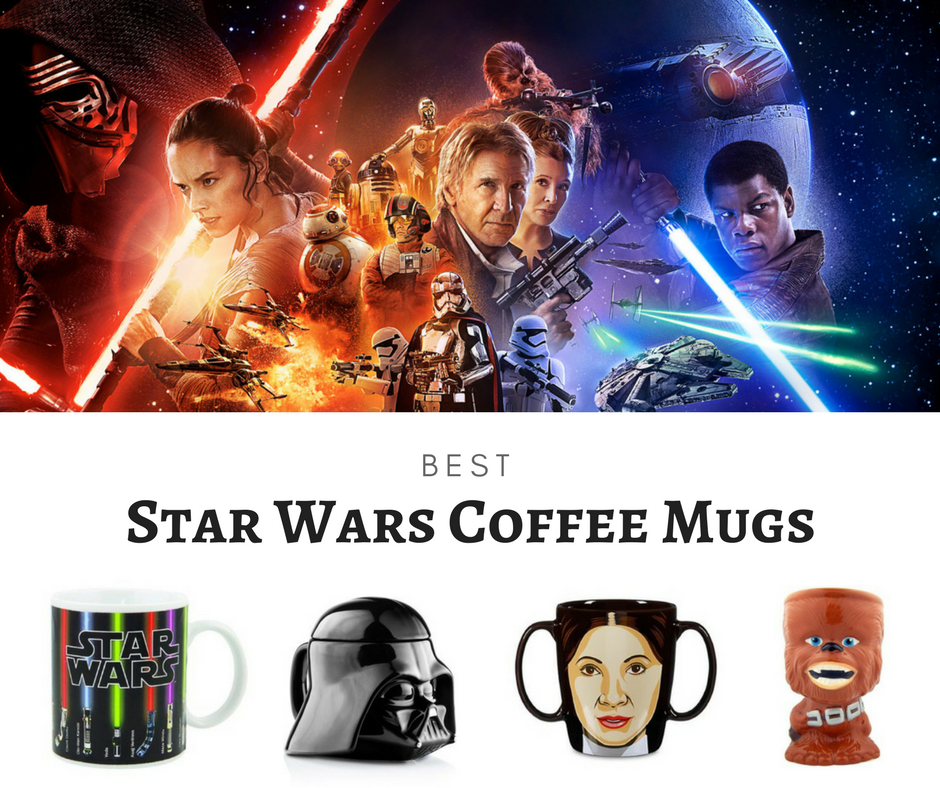 Star Wars is like an international credit card. Visit every corner of the universe, and you will find fans of the franchise. It is one banner of classic films that has united human beings more than governments, race, color or creed. Regardless of which year you first experienced the movies, rarely anyone after watching not become Star Wars fan. In this article we put together two great stories coffee and Star Wars and picked 10 best star wars coffee mug for you.

Star Wars leave an unerasable mark in one’s soul, sometimes so deep that no other pop culture phenomena can replace it. The least one can do, is getting a star war themed gift to try and appease the fanaticism in them.
While buying Star Wars themed gifts, either for oneself or another Star Wars diehard, focus on choosing the right format that will fit in their lives. These gifts come in different forms ranging from full-sized Boba Fett statute for your living room to quiet and discreet toy form for your closet.

Star Wars collectible have been flying the shelves for over 40 years now since the first original movie was released. Over the years, the movie-themed collectibles have been ushered in the stores worldwide. Throughout this time, they have never lost their elegance. Whichever class you fall under, there is always a gift that will meet your satisfaction.

To some people, having a Star Wars themed coffee mug will mean the world to them. The realization that every morning you are enjoying your favorite drink from an eternalized coffee cup will give you satisfaction. If you are one of those Star Wars fanatics, you are lucky as there are dozens of Star Wars rendered coffee mugs that you can try out. 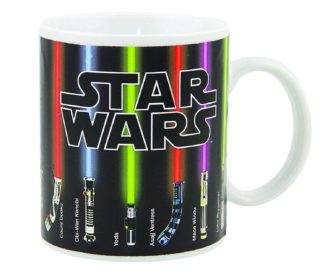 This coffee mug beats the obvious; when you wake up tired and groggy, the cup lights up from the bottom reminding you that the force is still within you. The cup is color-changing thermochromatic, a feature that makes it light up the moment you pour in something hot.

The lighting effect is one those coolest things you would expect from a coffee mug. The Lightsaber for each character is labeled so you know which is which. However, you have to pour in something hot for the lights to glow. Also, the glowing doesn’t happen immediately, it takes about two minutes, and when it does, you will be able to see the blade light from the hilt. This mug is our list of the best heat changing mugs.

As a precaution for handling this coffee mug, do not use the dishwasher or the put it in the microwave. These may damage the heat sense technology interfering with the cool effects that prompted you to buy the mug in the first place.