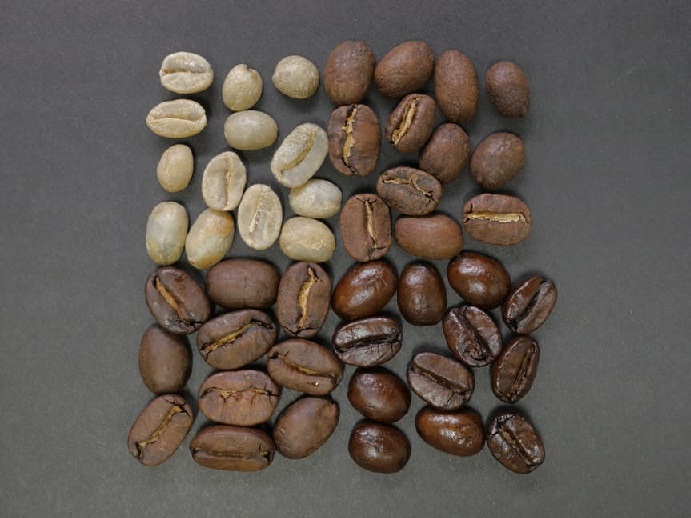 Is there a coffee that is naturally low in caffeine?


In terms of caffeine, most often the manipulation of the coffee during and after roasting the beans has more effect on the resulting percentage involved than anything else. However, knowing your coffee bean choices can also aid in controlling your intake. Generally speaking, the lighter the bean, the lower the amount of caffeine. Darker beans have been roasted longer and this extended process results in higher caffeine volumes than shorter-roasted lighter beans. Therefore, different types of coffee from different beans will yield different percentages of caffeine.

Coffee is grown across the warmer regions of the globe, with most coffee farming clustered somewhat close to the equator. The exact location of where a given type of coffee plant (named “coffea” collectively, regardless of the particular type) is grown can have an affect on the amount of caffeine present. While coffee plants do need warmer temperatures to grow, differing environmental factors such as specific climate, rainfall, and soil can produce variations in coffee plants and thus in the caffeine content of the beans (which are also referred to as the seeds of the plant).

Coffee can vary a lot by both taste can caffeine content depending on where it is grown. Coffee beans from Zimbabwe, for example, have some of the lowest caffeine content–falling somewhere near 1.1% caffeine. Arabica beans are the most popular and widespread type of coffee and these beans have 1.5%. Robusta beans contain higher amounts, falling roughly around 2.4%. These numbers may sound close but depending on the actual caffeine content of any particular Arabica and Robusta blends, coffee made from Robusta beans can have upwards of 80% more caffeine in some cases.


There are many different types of coffee beans and they all fall somewhere within a caffeine spectrum of approximately 1% caffeine to 2.4%. Again, while this appears to be a narrow scale, that is not the case. The actual differences in caffeine content in a brewed cup of coffee with 1% caffeine compared to a cup containing 2.4% can be quite large. Being mindful of the type of bean used in the coffee you choose to drink can help aid in taking control of how much or how little caffeine you consume. Coffee shops, as well as brand labels, often cite the kind of bean or location of growth. This information is key to determining caffeine content and once learned, can help to steer your choices when it comes to buying coffee.

Control caffeine in a brewed cup of coffee

Furthermore, as mentioned above, the handling of the beans during roasting as well as the grounds during the brewing process can both be tweaked in different ways to control the resulting amount of caffeine in a brewed cup of coffee. The beans enter the roasting process green in color but change as the roasting progresses. The longer a bean is roasted, the darker it becomes and these darker beans yield higher amounts of caffeine. The roasting process can last as long as 20 minutes or more for the darkest roast (often referred to as a french roast) resulting in a very dark (black) bean or as little as 8-9 minutes for very light roast and a light brown bean. If you are unsure of the type of coffee bean being used, the color of the bean can offer some rudimentary indication of caffeine content and roast-type.